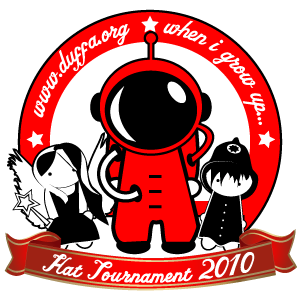 Our hat committee have been working hard and we're confident that 2010 will be bigger and better than 2009!

The hat moves from it's previous venue - Burnage Rugby Club - to a larger club with more pitches and more camping space!

Our registration fee is £25 and this covers:

DUFFA Hat is a completely non-profit tournament - we do it because we love it! Because of this, every penny we get is invested into the tournament - making it better for you!


Click here for more details of what a hat tournament is!!

The Players' Pack contains all of the important info you need and full directions on how to find our new venue - we've moved this year to Old Bedians RUFC!! - full instructions in the Players' Pack!

Teams will be announced on Friday the 23rd July - we do this at the last minute to make the teams as fair as possible!

​DUFFA Hat 2009 was only possible thanks to our sponsors. Sponsors received a link on the website, advertisement in the DUFFA Hat Programme, and feature on the sponsors board used during prize giving and the Saturday night party. If you're interested in sponsoring for 2010 please take a look at our sponsor pack, email any enquiries to info@duffa.org

Despite many of the commitee not 'getting' it - we'll be posting updates via our twitter feed.